Although much of what you read below will seem obvious, this is really about modeling an approach to motivating the need for the tools of mathematics. However, rather than simply saying, “to explain to another where a point is located in space, we create a Cartesian plane,” we give students a chance to invent a system by asking a question:

Where is the point below? 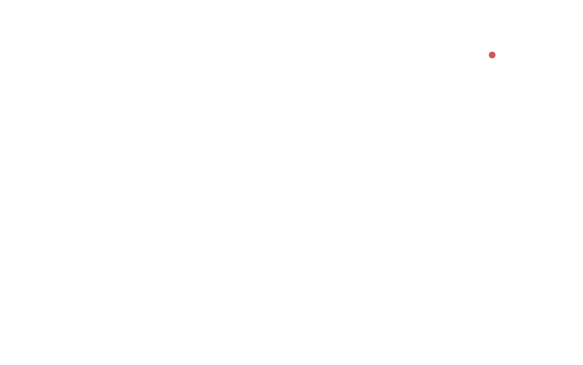 Give students a chance to propose answers and mess with them a little. If someone says top right, point to a location in the top right, but somewhere the point is not. Telling someone the top right corner doesn’t mean much since there is a lot of space that could be deemed top right. So, how do we do this? Renee Descartes, for whom the Cartesian plane was named, decided on creating two perpendicular lines, a horizontal x-axis and a vertical y-axis. 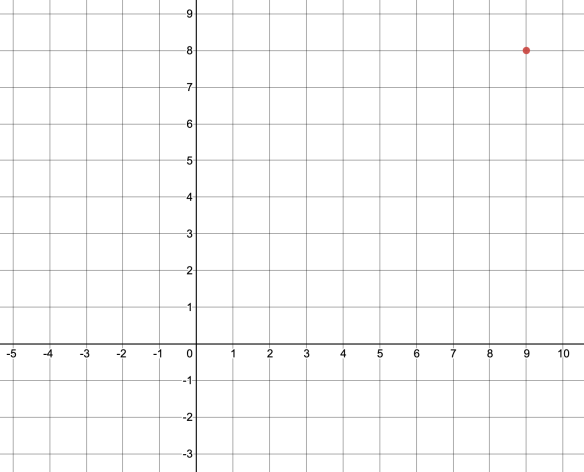 Now it’s safe to say the point is in the top right corner, specifically at the coordinate (9, 8). But why (9, 8) and not (8,9)? Good question, but imagine if people could list the point either way. All I can imagine is chaos in Cartesian City, therefore an agreed upon practice must be established, which happens to be listing points as (x, y).

Now that we have an agreed upon coordinate system, we are free to start asking some questions, such as how far apart are points A and B? 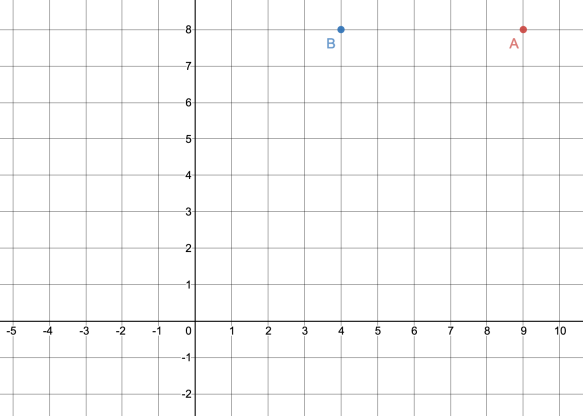 Simply counting, it is clear that A and B are 5 units apart, but you are free to complicate this by producing the same graph, but in the following format:

This simple change opens up the chance for discussion about the importance of perspective and precision of language. Really, I could now say they are 2.5 blocks apart, but this still means 5 units since each block side length represents 2 units.

For better or worse, the discussion cannot stop here because this Cartesian plane is two-dimensional, yet we live in a three-dimensional world. This means we require the introduction of a third axis, the z-axis: 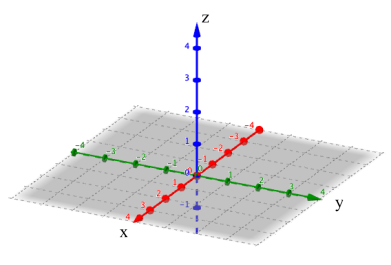 On this plane, points are listed as (x, y, z), so the same style, but with one additional coordinate. Therefore, we can look at the point (2, 1, 4) from multiple perspectives: 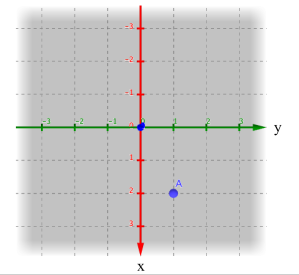 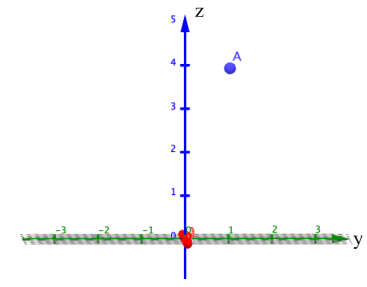 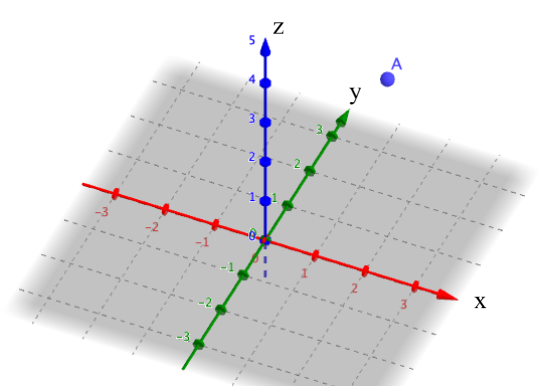 Now, based on the simple idea of a coordinate system, we can begin the introduction of asking mathematical questions to students. Follow the links below to look at possible student research opportunities: