Many people will tell you their are 360 degrees in a circle, but what does this actually mean? Really, it means that starting from the positive x-axis, we can break up a circle into 360 little units known as a degree: 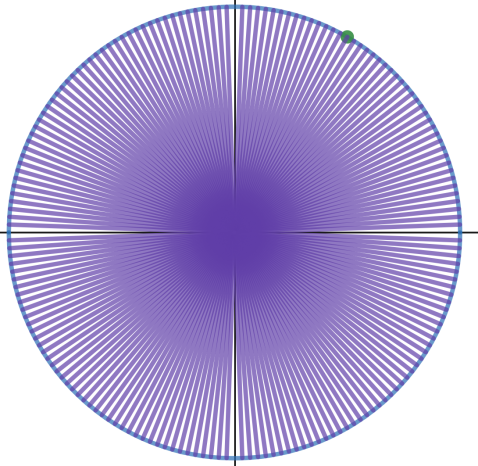 So a 60 degree angle like below means we have moved sixty degree units around the circle (or one-sixth of the way): 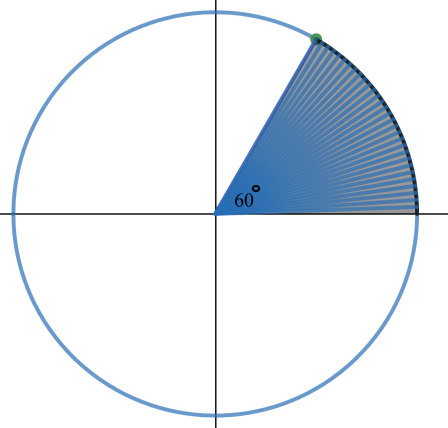 But what are radians? Well, before I answer that, let’s go back to an idea that will probably make many former students shiver: the unit circle. The unit circle is really just a circle with radius 1 whose center is at (0,0). 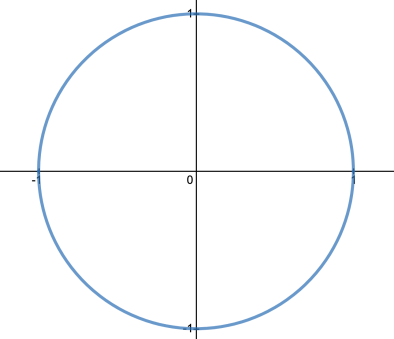 Many can also remember that the circumference of the circle (distance around) is two times the radius times pi, or

Therefore, a circle with radius 1 has a circumference of 2π units:

In radians, the measure of the 60 degree angle from above would be π/3. But why? Well, as noted earlier, if we know there are 360 degrees in a circle, and we have only gone 60 degrees, this is only 1/6 of the way around the circle:

Going back to our circumference of 2π, if we only travel one-sixth of the way around the circle, then we have traveled π/3 units:

In other words, an angle measured in radians tells us the distance we have traveled along the arc from A to B along the unit circle: 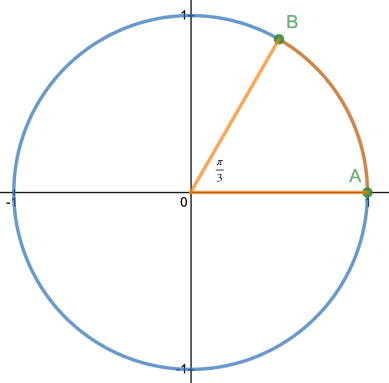 But what if our circle has a radius bigger than 1? So glad you asked! Let’s look at the same angle, but on a circle with radius 4: 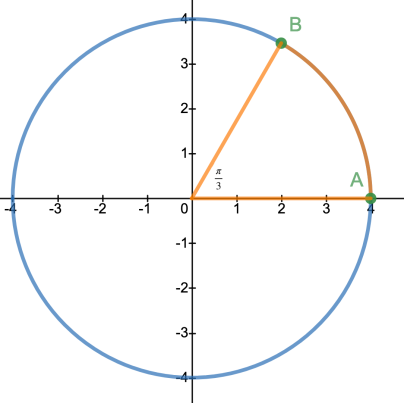 The measure of the angle is still π/3 radians because we are still only a sixth of the way around the circle, but the distance from A to B has increased. The circumference of this new circle is now 8π units:

And since we have gone one-sixth of the way around the circle, the length of the arc from A to B must be 4π/3:

Or, more simply put, the radius of the circle times the measure of the angle in radians:

This fact makes radians very useful for calculating distances along a curved surface such as the Earth. With this in mind, give the research task below a try: