Most of us are familiar with the Cartesian plane, which uses points of the form (x, y). But polar coordinates use the radius of a circle and an angle off the positive x-axis. The plane looks like this:

And to look at some examples, if I want the point that lies on the circle with radius 5 at an angle of π/6, then I would list that point as (5, π/6), and it would show up like this:

Some of you may be thinking, this looks a lot like a radar screen, which does exactly this. A ship on the ocean wants to know where things are in relation to them, therefore radar produces a range (radius) and an angle:

However, beyond radar, polar coordinates are essential because the Earth is a curved surface rather than a cube, so the logical next step is to build a spherical coordinate system. This is done through the addition of a z-plane that is also polar: 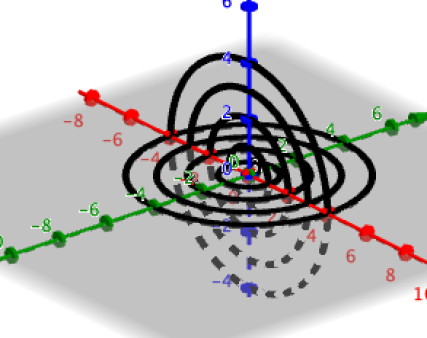 So all you need to know is the radius of the sphere with its center at the origin that touches the point and its angles off the positive x and z axes. Now, given that each system has advantages and disadvantages, it would be helpful to explore these. Check out the research tasks below: